A piece of joy in your inbox every Thursday. To brighten up your day. To show you that you’re not alone. To make you feel connected. Subscribe!
Menu 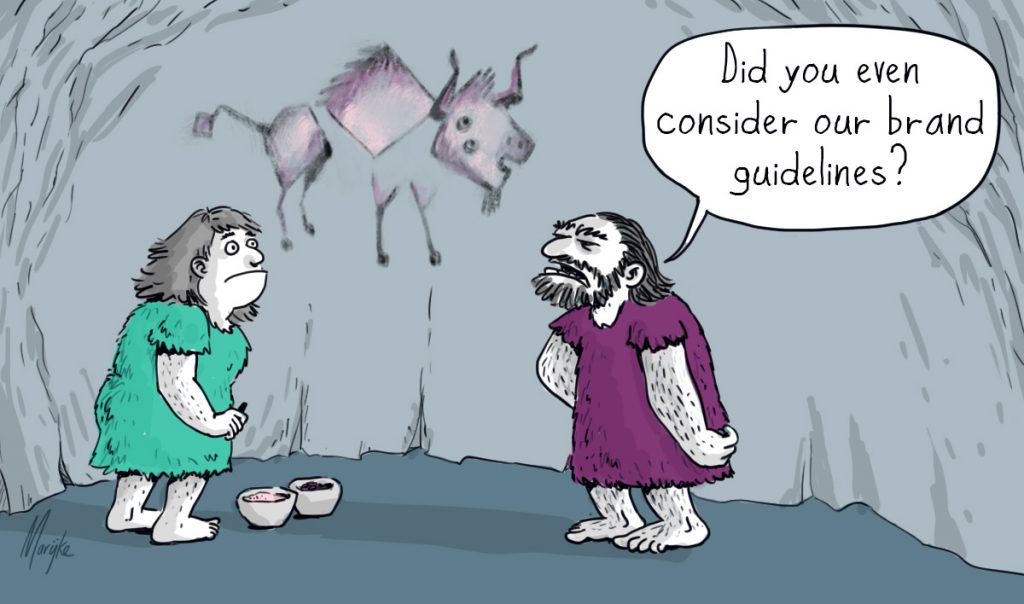 In the beginning was the word. But that doesn’t make sense at all. In the beginning there mainly were very hungry hominids, who could eat a bison. Luckily they didn’t just know what bison tasted like, but also what it looked like and how fast it could run. And especially how angry it could get if you pricked it with a spear. Maybe they didn’t have a wordfor bison – at least not in writing – but they surely had the image.

Our forefathers faced a big challenge: how to put a bison into their growling stomach. First the animal had to be killed, and that was no easy matter. It cost a lot of energy and you could easily get killed yourself in the process.

Luckily they found a way to influence the powers of nature. They made drawings of their prey animals. They drew not just bison, but also deer, mammoths, aurochs, horses etcetera. In this way they obtained power over the animals, which became less of a hazard to them.

It started with images

The word logos, that usually gets translated as word, means a lot more. Maybe it could better be translated as ideaor planor structure. Or, as we would say now: the picturewas already there. Our brains worked with pictures long before the first letter was conceived of.

What’s that got to do with us? A lot! Becuase evolution is a slow process, and our brain is archaic in many areas. It still reacts primarily to images. When we read the word bison, we see the image of a bison with our ‘inner eye’. But that requires a translation. We learn to translate at school. It is called: learning to read. But long before we can read, we look in our picture books. Because drawings speak to us directly.

And that’s why cartoons work so well. 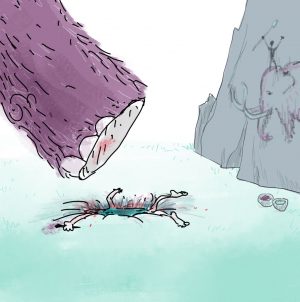 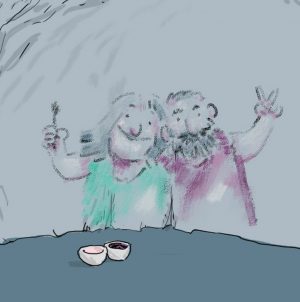 A piece of joy in your inbox every Thursday

To brighten up your day. To show you that you’re not alone. To make you feel connected.